In this big vast world, full of countless roads with houses and even more people in those houses, is a place few people have seen. My home.

While the rest of the world was moving, I was quietly sitting still, on the couch, stroking my two year old son’s soft brown hair. His forehead was slightly too warm. I have been indoors with sick kids for two weeks already. It was a cold white winter day in this part of the world, and the snow was shovelled high on our road. My older son was finally feeling better. He had put both legs in one pant leg and dumped every toy he owns on the floor as proof of his new found health. My younger son had taken over the “sick seat” on the couch, cuddled next to me. It was nearing lunchtime. 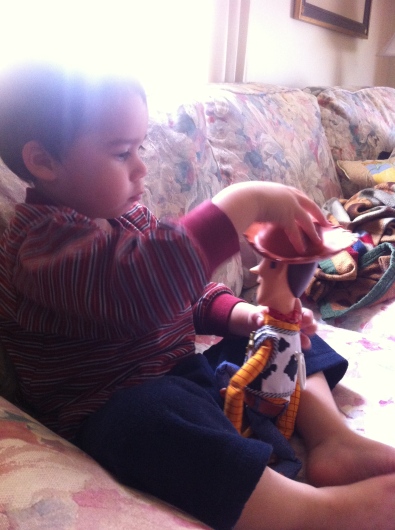 Twenty minutes later I smelled something burning. The timer had not yet gone off! I took out the cookie sheet of oatmeal cookies. I can only describe them as a solid mass of something “edible”. The balls I had rolled were melted into one big thin sheet of cookie. Once cooled, they were not bad. A bit chewy but the flavour was okay. However, my enthusiasm skills clearly need practice as my boys were not convinced that this offer was so grand after all. What kind of mother am I? How do I fail so badly at cookies? Especially when my kids have been so sick?! Note to self: always have a batch of store bought cookies hidden somewhere as back up. I’ll just scrap the idea of trying to make EVERYTHING from scratch. Reality check here, just having a reality check. Both boys refused to even try the cookies.  Guess who ate half the batch by herself?

So the excitement of the cookies was short-lived and we were all back on the couch. The sickly two year old had fallen asleep. The four year old grabbed a dinosaur fact book and wanted me to read to him. His favourite pages are the ones that show the internal anatomy of the dinosaur and the page that shows the extinction theories. He loves fire and hot lava. As I read, my four year old burped the word “ouch” in my ear. I looked at him. He was already looking at me, small corners curved up, pleased with himself and his recently discovered talent. Will I ever get used to spontaneously burped words in my ear? 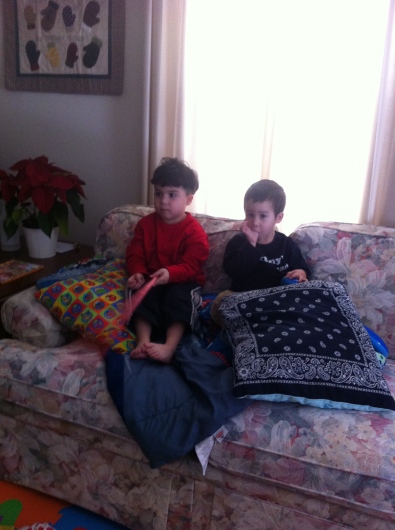 I looked outside our front window. The snow kept falling. The occasional car drove by. I am a stay at home mom. I should not feel so insignificant but I often do. There are moments, like today, when I ‘let’ the world go on without me, I stop chasing after it. I realise I am wanted and needed right here, taking care of these special little boys. Not much happened today, but that is what it is sometimes.

And in this house, our home, that sits on a street I never knew existed until I moved in, is our world.

Often found at the crossroads of being a Woman, Wife, Mother and Me.